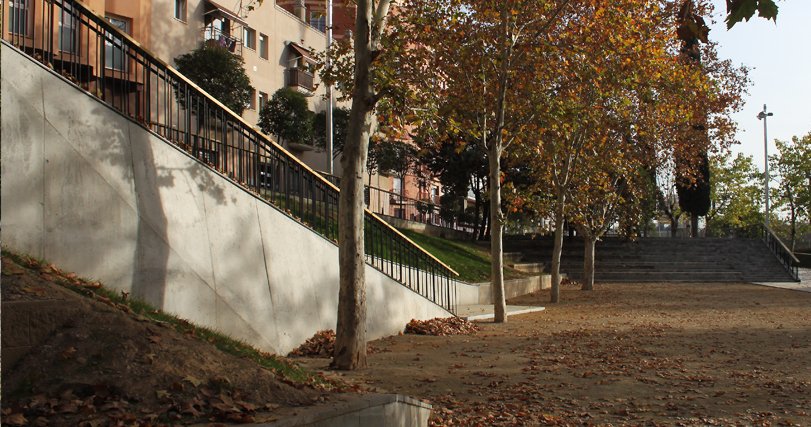 a wider audience, improving the connection of the upper and lower part of the square and expanding the visual transparency between them.

The action opted for the transformation of the existing space, opening the enclosures by balustrades to clear the views, cutting the boundary walls with the sidewalk (that accompanies the street that goes down to Paseo de la Riera) to facilitate pedestrian access, and transforming the communication staircase between the two existing levels in a wide grandstand giving meaning to the lower space.

The creation of a new stairway ramp, on the vegetated slope that saves the difference in dimensions, communicates the lower surface with the opposite end of the square. The new space that is created articulates the pedestrian flows between Delgado / Riera / arrival walkway and Josep Serra through a set of pavements (two large pieces of mixed pavement and two colored concrete) that define the places of stay marking the location of the street furniture .

The design of the railing, with upper wooden handrail and the treatment of the plantation surfaces with the mixed pavement, describe the environmental transition between the city and the landscape surrounding the Riera de Rubí. 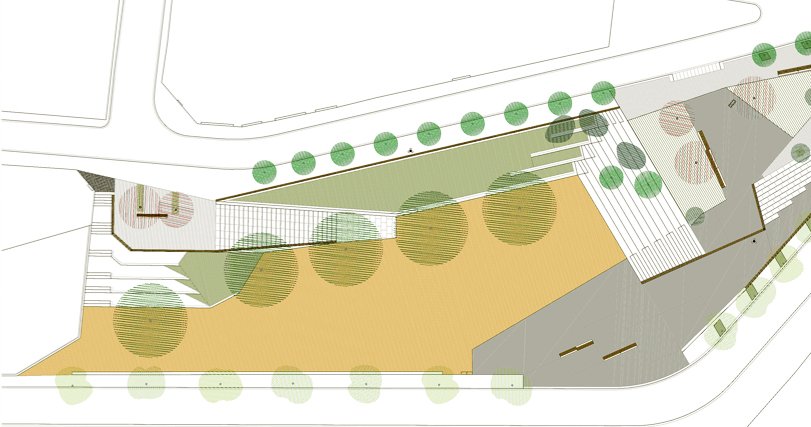 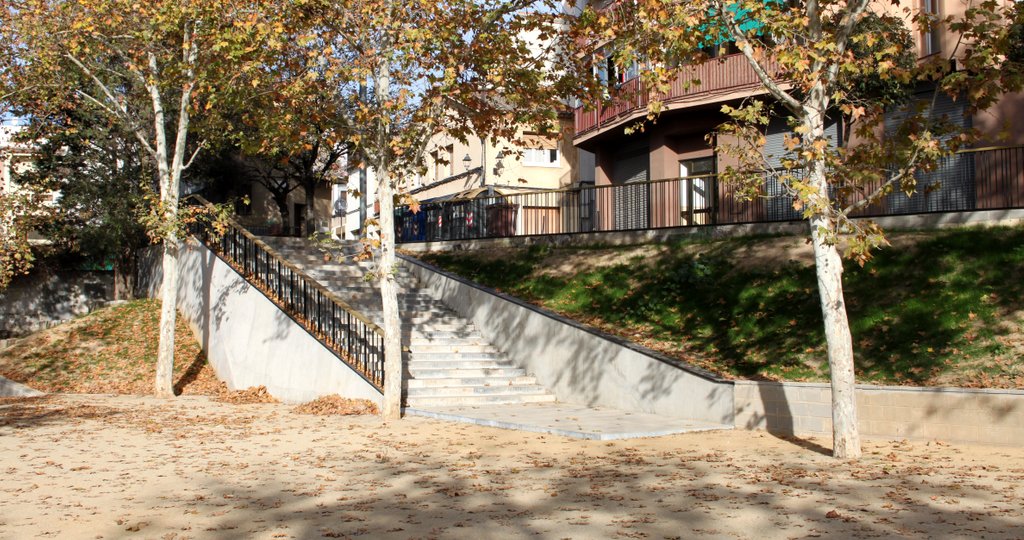 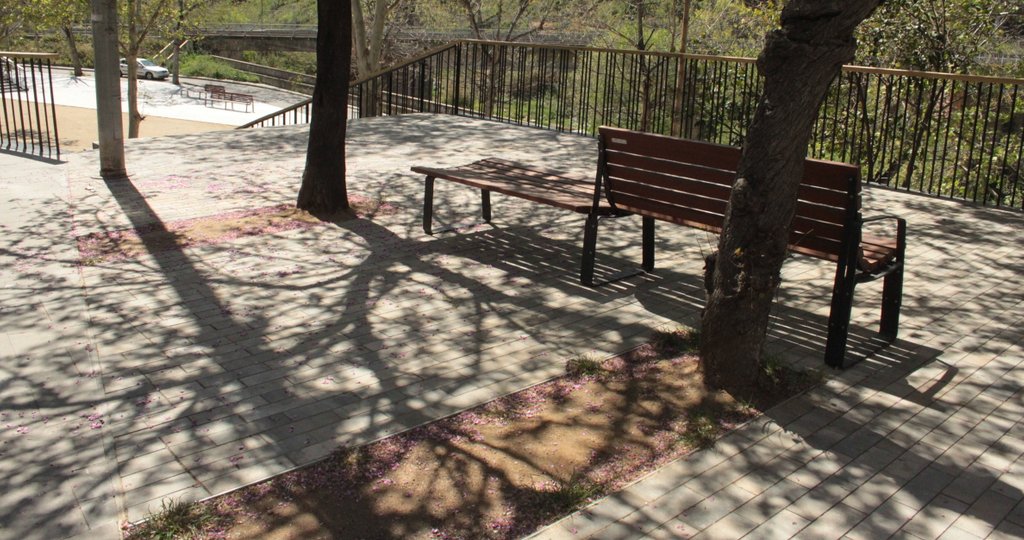 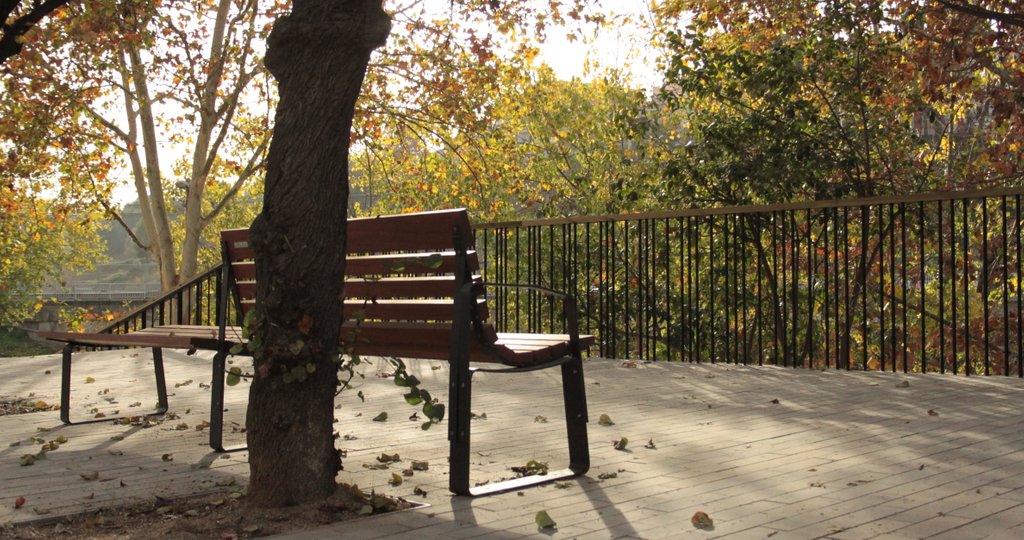 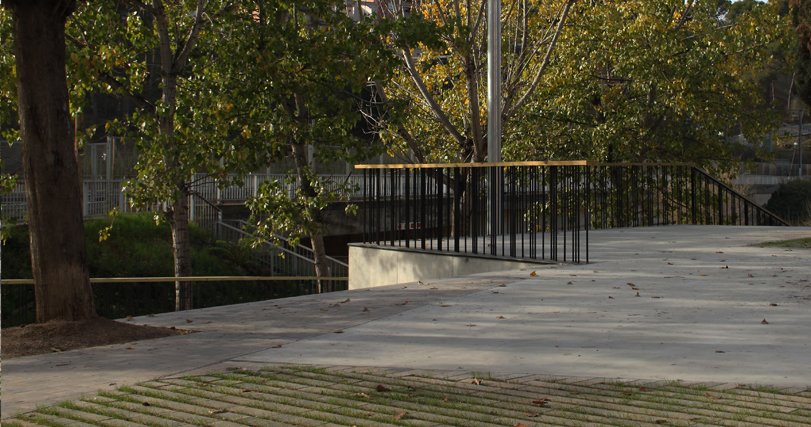